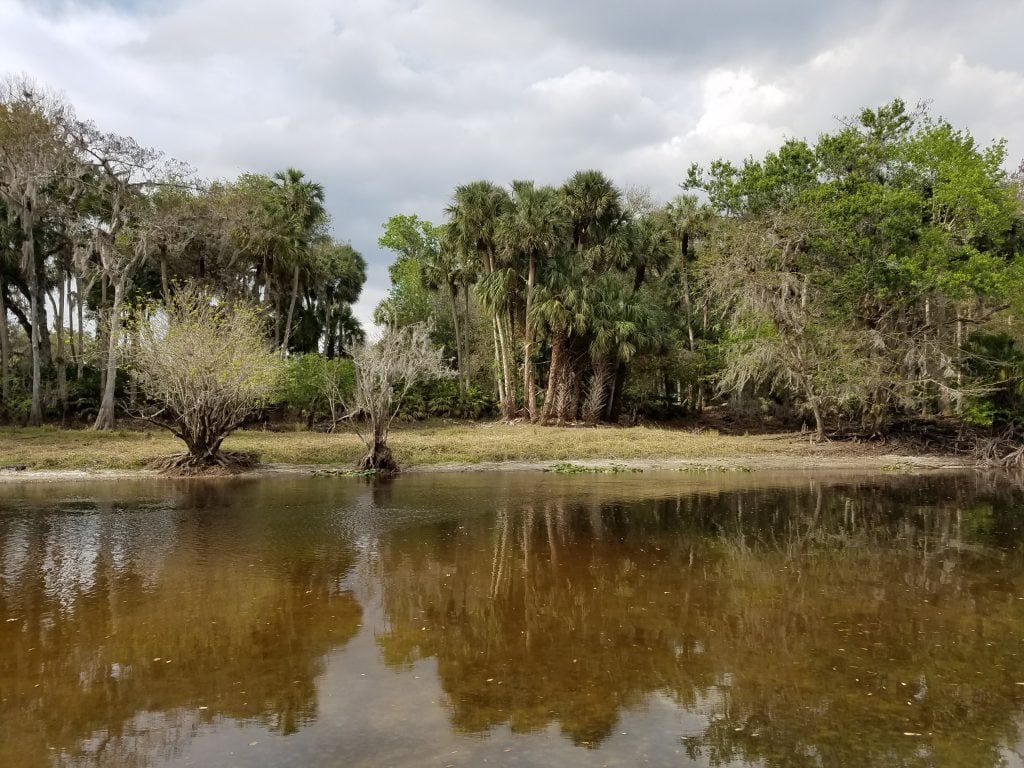 I decided to take Monday off for President’s Day to hike in to the Little Big Econ State forest. Todd and I planned a day to bring our wives along to experience the peace and tranquility of the stretch of the river that we have come to enjoy over the last couple of years. We decided to make the hike from the Brumley Road trailhead again and make our way up river some on the white trail to a turn we knew had a good grassy area that would be comfortable for a picnic with the ladies. Todd, always the optimist, thought we might get lucky and run in to shad, as he had seen fish moving up the Econ River a week or two prior. A little bit of rain had pushed the discharge up ever so slightly, so I thought anything was possible but, I tend to be a bit more of a pessimist and fully expected to switch over to tossing poppers for pan fish pretty quickly.

We got to the river close to 11am and setup a spot for a picnic. Todd and I quickly setup the 5 weights and started working an area where he had caught shad on his last trip out. Within a couple of casts I had a fish on, but was not initially sure what I had hooked up with. As I got the fish about 15 feet away from me I did indeed identify it in the clear shallow water as either a small male American, or small Hickory shad. However, I lost the fish before it came to hand. I was just happy to finally hook one this season, and even better, now we knew that they were indeed there.

Todd was gracious enough to yield the head of the first pool to me and continued upstream to the next bend. There was decent current there as well as several deep holes, at least one of which was 8 feet deep. There was a ton of activity at the tail of that pool, and both of us at one point clearly saw a shad leap from the water not once, but twice. However, no fish were caught there.

I continued working the head of the pool I was on and hooked a better fish than the first. This fish made two decent runs as well as a couple of small jumps before a quick release. A quick release in my book is when I have touched the leader, but lost the fish before coming to hand. I count that as a catch even though I can’t provide photo evidence. 🙂 That shad was my first catch of 2017.

I continued working downstream through the head of the pool and hooked up with my next fish. The water I was fishing was maybe knee deep and I clearly saw the shad take the fly, then make a run to a jump. This is the first time I have actually seen a shad take my fly! However, I lost this fish as well. Fighting shad in such shallow water is a unique experience. The fish seem to shake their heads more than I have felt in open water, and I think that gives them a slight advantage as they are more easily able to throw the pinched barb flies that I typically fish with. That is my theory at least. 🙂

After a quick break for lunch and a couple of beers, I continued fishing downstream through the slack water of the pool and hooked up with a nice hen there. I got this one to hand and managed a quick picture. 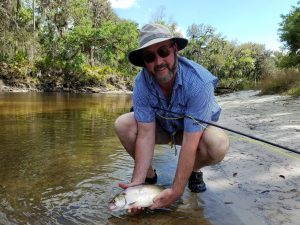 Todd made his way to the head of the pool that he yielded to me earlier and I continued down to the tail of the pool where I hooked up with two more fish but lost them as well. Todd faired a lot better. He managed to land five fish, lost four more, and was even good enough to let the ladies fight a couple. 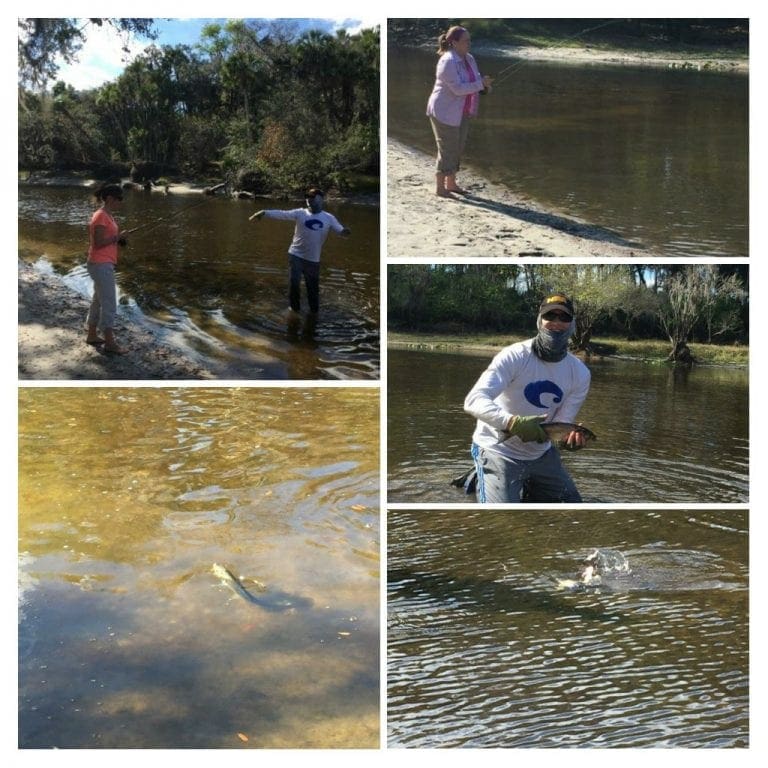 The fishing is still tough this year and while we thought it might be possible to find shad, we were pleasantly surprised to have made it to the right place on the right day. I never did tie on that popper by the way. It seems our wives were our lucky charms and brought the shad right to us, further solidifying one of my favorite sayings…

“If a man is truly blessed, he returns home from fishing to be greeted by the best catch of his life.”