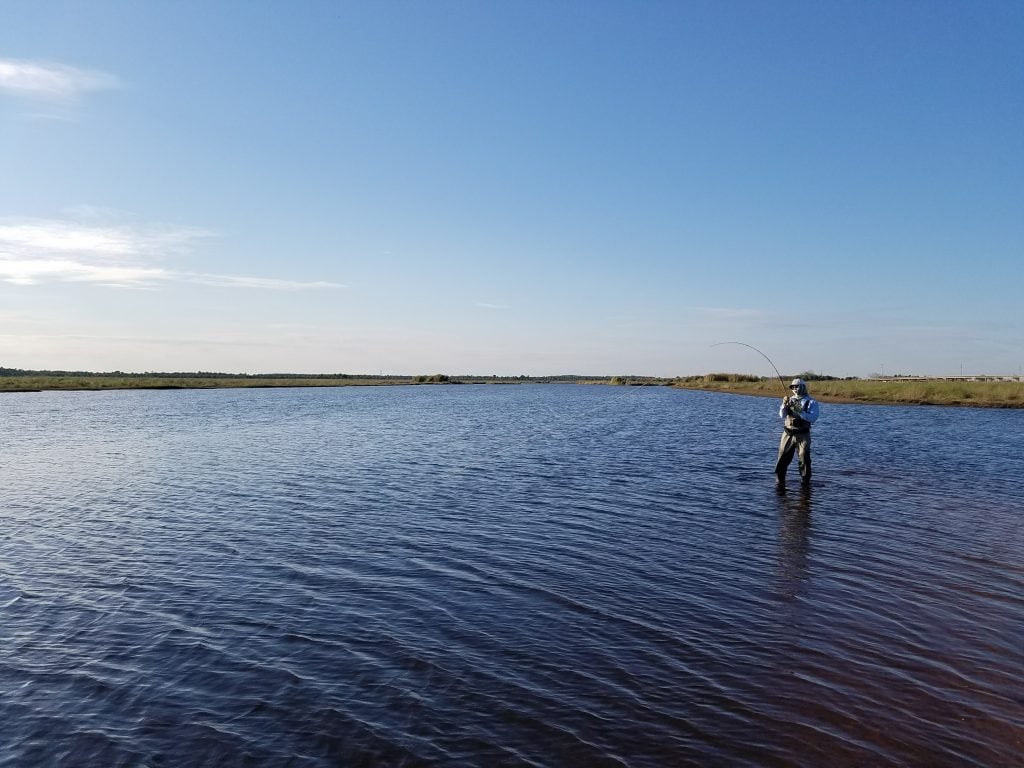 While I had not intended on returning to the river for two weeks, the anticipation got the best of me, my schedule cleared, and the weather was perfect so here is the first shad fishing report of 2017!

I contemplated moving up river to SR50 as the guys at Orlando Outfitters reported catching a couple of large hens this week, and then considered Hatbill Park as a change in scenery would be nice but, ultimately decided it is still too early in the season for me to move on from the ease of the river upstream of SR 46. This was an impromptu trip, so I decided to just keep it easy and launch from CS Lee again. I launched the canoe at about 10:30 am and found the water had dropped another 4-6 inches from last week. I had difficulty using the trolling motor until I cleared the first post line upstream of the bridge, and there is a sandbar exposed basically connecting the island near the bridge and the island across from the first creek mouth.

I worked the creek mouths pretty thoroughly and hooked up with several small bass and crappie. Todd met me at 12:30 and we decided to motor straight up to the mouth of Puzzle Lake to see if we could find shad. We found little current there but did see a nice sized gator slide in from the bank just about 100 yards upstream of the Econ. There was plenty of surface activity so we decided to fish the area for about a half an hour but did not hook up.

We continued in to Puzzle Lake for another 30-45 minutes seeking some sort of water movement, junctions, outside turns, and narrowed shoreline. We saw plenty of alligators, but not too much more than that as the current was a trickle. We considered making the run up to the Two Cuts or White Sticks section upstream but decided it was too much motoring this late in the day, especially at the whopping 2-2.5mph we were getting with the 36lb trolling motor. I would love to fish these areas but because of the distance, I will need to plan better, start earlier, and potentially bring a second deep cycle battery. 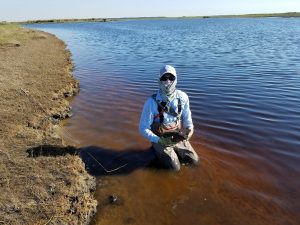 We returned to the mouth of the Econ and fished the east bank. I caught a few more small bass and Todd caught a nice Tilapia. I have decided to make “Tilapia” Todd’s nickname, as I am not sure I have ever seen anyone else catch as many Tilapia while swinging a fly. I swear he catches one every time we go out. I have caught them when they are nesting before, but cannot say I have ever caught one swinging flies. Hey Marco, if you are reading this… Todd released this beauty. No ceviche for you! 🙂

We moved just downstream of the Econ and Todd found a nice shallow area with firm, crackle bottom, good current and a nice hole where he caught his first shad of 2017, and his very first shad on the two hander! Way to go Todd! A #6 tan/ gold Crazy Charlie was the fly of the day.

I did not fair as well, still working the east bank a little bit further upstream where there is an illusion of shallow water just off the exposed bank… followed by a distinct muddy drop off in to deep holes. If you have ever wondered whether you are able to swim with waders full of water, you can indeed. Don’t ask me how I know. LOL!

Based on talking to everyone we found on the river today, it looks like Todd was the only one to catch a shad. It will probably be another couple of weeks until we start to see better numbers so I will likely wait to return to the river for another two weeks… yea right! 🙂 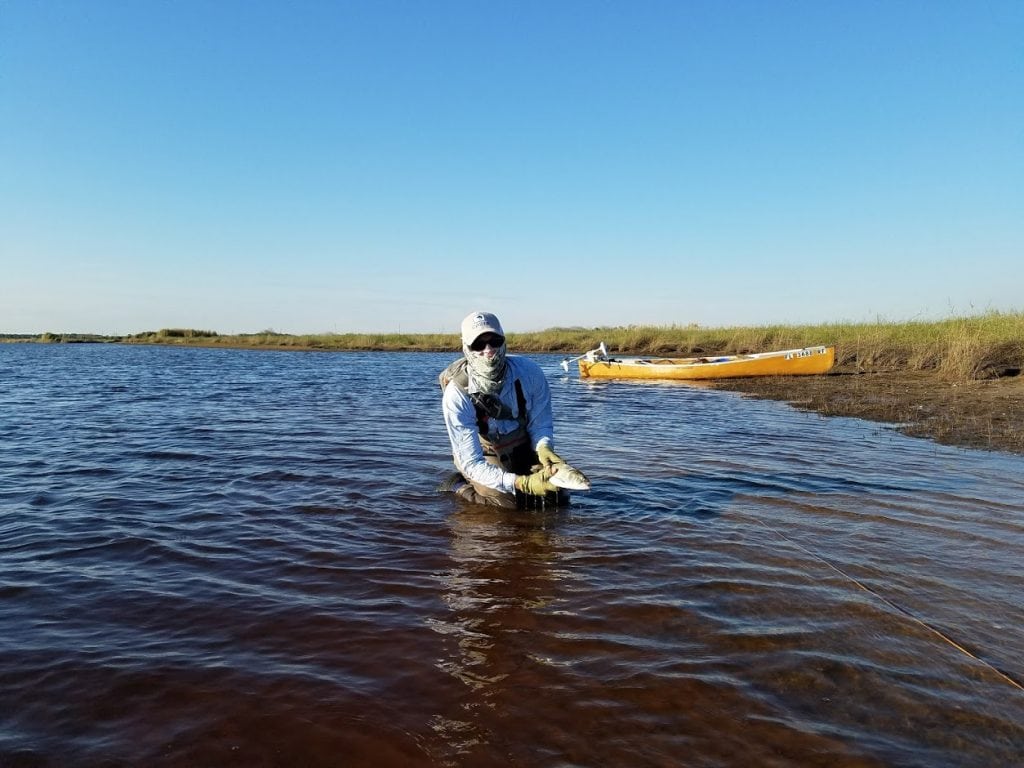 One thought on “First Shad Fishing Report of 2017”