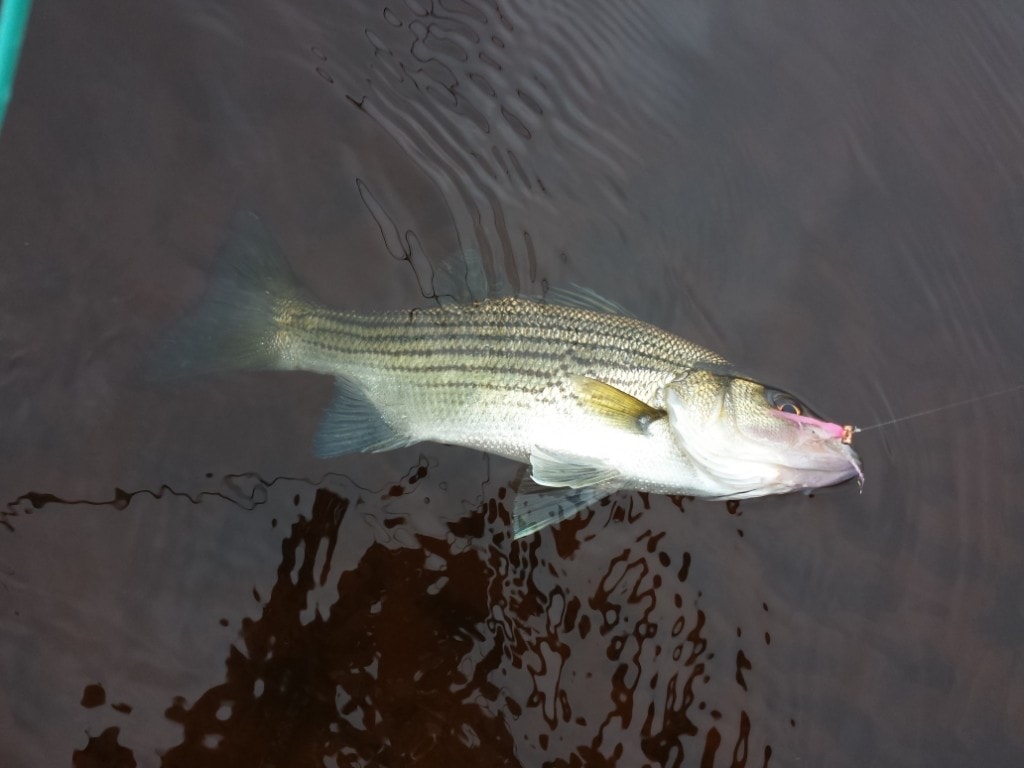 After a great day on the water at the end of December that resulted in two shad and over forty other fish, I was hoping for increased success in the shad fishing when I met up with some friends for an afternoon of shad fishing early in the 2016 shad run. Water temperatures had dropped over the week and half since the last trip and I think we were all hoping that would lead the fish upstream of Lake Harney in good numbers, so we launched from CS Lee. However, mother nature had other plans in store for us and moved a front of drizzling rain and high pressure through the area on the day we chose to fish. Once the front line of pressure moved through, the wind turned off and the river was still and glassy. There was little activity as the pressure probably sent the fish to the bottom with jaws shut. I landed one sunshine bass (in the above picture) and one small crappie by swinging the fly and retrieving it painfully slow back to me. My buddy Todd was the winner of the day with one American shad and one redbreast. Marco unfortunately had a skunk.

It is still early in the 2016 shad run, and it is painfully slow. Most reports downstream near Cameron Wight and Mullet Lake seem to be equally as slow, with one or two fish days the norm. It will probably be two weekends before I can get back out, which is probably a good thing. It seems like the fish might need a little more time to make it upstream of Lake Harney where I like to fish. Anticipation usually gets the best of us in December and January, and while there are fish there to be caught, the big numbers usually don’t arrive until February. The fishing might pick up before then downstream, but the deeper water around Shad Alley is not as much fun to fish in my opinion. I would rather wait for them to make there way in to skinnier water.