It is few and far between that I take any time on a Sunday nowadays to fish, but here and there I do make exceptions. This past Sunday was one rare instance where I did so. My wife decided to take my two girls over to her mom’s house, as they all had MLK day off, making for a nice 3 day getaway. I had to work, so I stayed back and decided to do back to back days on the water.

After a successful day at Tosohatchee on Saturday, I decided to mix it up and put in at C.S. Lee, but rather than fishing the regular spots which have been slow this year, I decided to make a run up the Econlockhatchee to see if I could double down on fishing spots earlier than normal in the season, and catch some more fish.

Some of you that know me, may have heard me in past years talk about wanting to fish a couple of turns upstream of the Yarborough Shelter on the Econ. It looks fishy on the maps to my eyes, and is sort of out in “no man’s land,” a shallow 7.5 mile upstream run by boat from C.S. Lee, or about a 4.5 mile downhill run from Snowhill, where technically I believe you can’t run gas motors, even though Ray and I have held on for dear life as multiple jetskis swamped us.

This is a section of the river that may be accessible to an adventurer willing to hike in from Brumley Road, but is well past where the standard trail designated by white blazes ends. I have targeted this section by foot in past outings, but found fish downstream that kept me occupied, and in 2-3 planned attempts, have never even started a real effort to actually get there. I decided this was my target (once again,) but because the water level on the Econ was still a tad high, and because I left the canoe on the racks and my gear in the Jeep the night before, I decided to motor in from C.S. Lee rather than hike.

Similar to Saturday, a chilly morning on Sunday meant I dragged my feet, enjoyed a couple of coffees at home and then made my way to the launch a little later. After talking to a nice gentleman in the parking lot, who won a boat in the shad derby of ’86, and was kind enough to give me a couple shad darts in the winning dressing named Potato Bug, I was on the water by 11am.

Since I was going the distance in a canoe with a 2.5hp outboard, I decided I wanted to keep some detailed notes along the way. Here they are for future reference…

Needless to say, it was a haul, but a really enjoyable ride. I saw egrets, herons, hawks, bald eagles, ducks, and cormorants, plus a couple of deer and some turkeys up on the banks. When I finally made it to my target turns, I found the water to be big, and still just a tad high to really see any noticeable current coming in and out of the turns, plus it was silty, and that is not good. I fished it as best I could, methodically with the ultralight. I found no shad. I might consider it again, but a little later in the season next time. That said, the run between Yarborough and this spot was already shallow, so by foot may be optimal.

I ran down to the Wives’ Pool, a place I know well and have fished thoroughly over the years. I picked apart the water, with both the switch rod, and the ultralight and found no shad. Honestly, it was not that surprising, as this was at least two weeks earlier than any of us had traditionally fished it, but, it was a worth a shot, particularly since the reports at C.S. Lee have been dismal.

I did not fish the Lilly Pool on the way back downstream. First, there were folks camping on the high bluff there, with a couple of boats in the water. They were lighting a fire and obviously preparing for dinner. I wasn’t looking for an audience, nor were they. Second, the Lilly Pool, to me, is somewhat of an anomaly. For years I never caught fish there, and then had a couple of years where it turned on. In my experience though, if the Wives have not found fish, then rest assured, the Lillies were likely still waiting too.

I enjoyed a cigar on the way back down river, shaving about 10 minutes off the return trip with the downstream current, and fished the east bank at the mouth of the Econ. The water is still above the banks about ankle to shin deep. Again I did not catch shad, but caught about a dozen nice sized crappie. If you are going to C.S. Lee this year, bring a cooler and limit out on them. You can keep 25 of them per angler, per day. 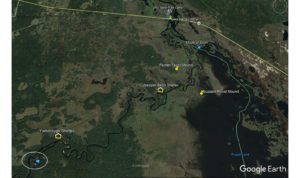 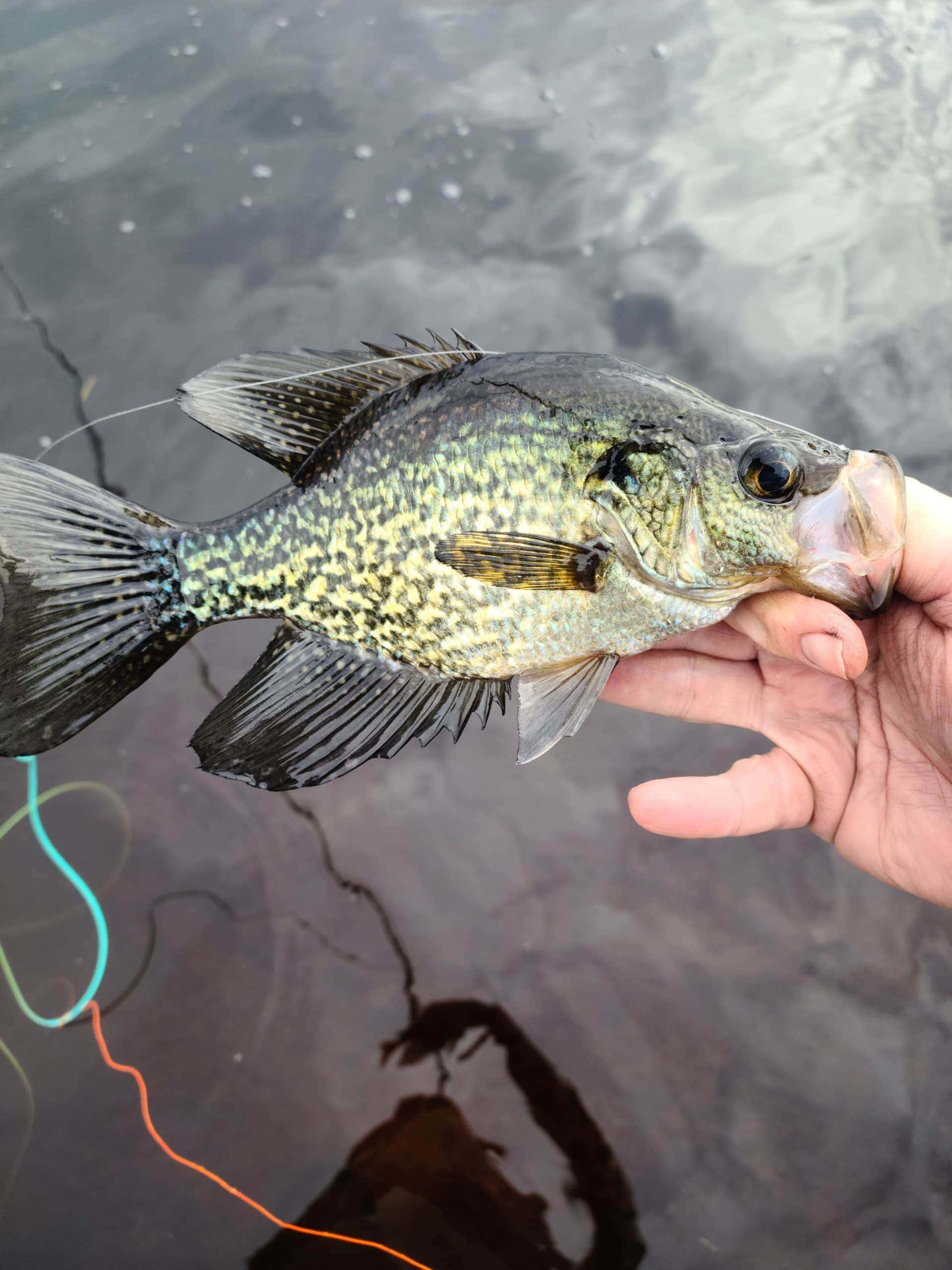 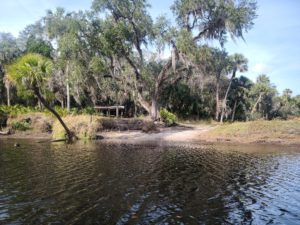 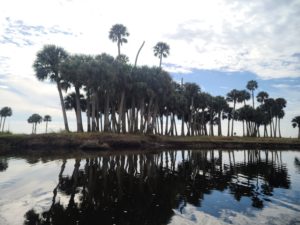