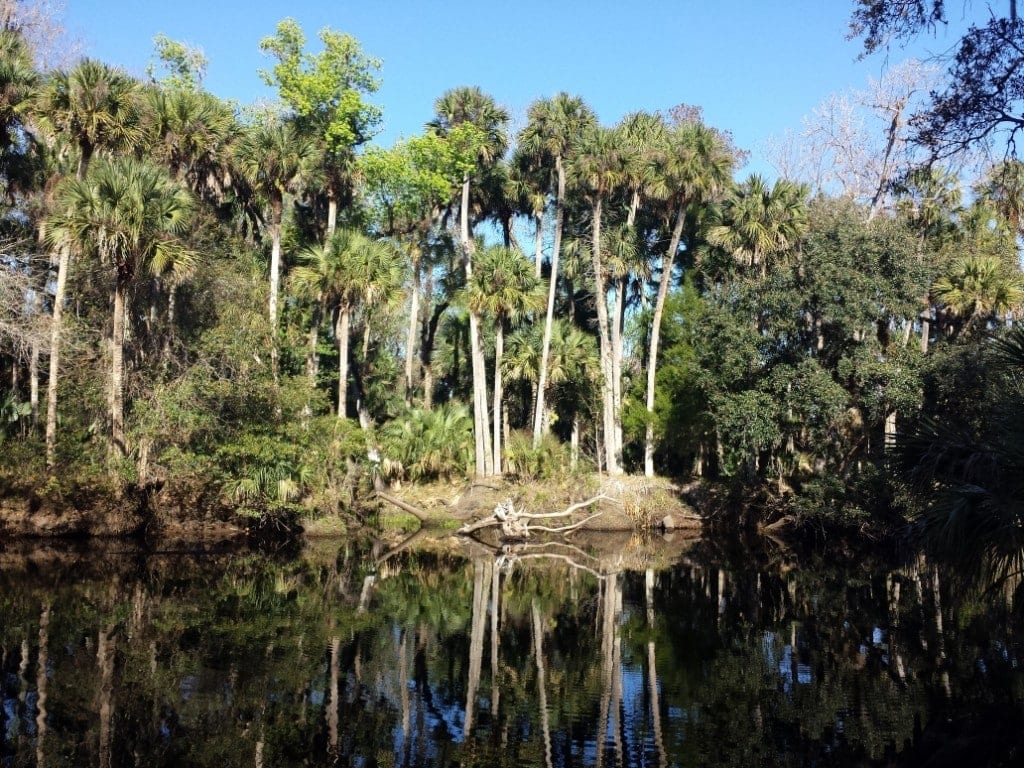 And just like that… the 2016 Shad Run in Florida is over, for me at least! My wife is expecting our second daughter on March 15th, so it is time to hang up the waders and pack up the fly rods for a while.

After much deliberation, I decided to make one final trip to the Econ to see if I could land some shad. I had not really planned on returning as the fishing was slow last weekend when I visited with my brother. However, on Saturday, I opened up the rod tube that my brother had borrowed on the river last weekend to find only three of four rod sections to my favorite Scott A3 5wt fly rod! Needless to say, I was pretty bummed because Scott no longer makes that rod. I remembered where we had broken down our gear before making the hike back to the car, and it was near a place I had waypointed because we found shad washing there. I figured no one had probably visited that spot since last weekend as it was off of the yellow trail itself, so I decided to make a trip to see if I could recover the “lost” rod section.

I started making the mental plans to return to the Econ, ventured out to Academy Sports to pick up some new shoes (as the shoes I wore last weekend did not provide necessary support and I paid for it,) when my brother called back. He said that he distinctly remembered putting all four sections in the tube, and struggled to get the third section in. The short story was, upon further inspection, I found the “lost” section of the rod, which my brother had inserted in to the tube after all, through a small rip in the liner in to the area between the liner and tube itself. Crisis averted, apologies were made for accusatory assumptions with no hard feelings, but mentally I had already amped myself back up to fish that area where we saw shad washing the weekend before.

I decided to take the mountain bike to get me to the river and then lock it up once I got there and hike the rest of the day. This decision cut half the time to make it to the river and I was fishing by 9:30am. I saw plenty of surface activity, but could not determine if it was shad washing or schools of crappie this time. I fished the area I had returned to pretty hard for nearly 2 hours with the switch rod and did not hook up with a darn thing. I decided to make the best of a beautiful day and made the 2.8 mile hike to the Culpepper bend. The yellow trail is a gorgeous area to hike, minus all of the cow patties… yuck!

I arrived at Culpepper bend around 1:00 and fished that turn as well as the turn upstream of it for about another hour and a half. No shad, in spite of me throwing just about everything I had in my bag of tricks in to the river. So it ended up being another great day of hiking, and slow fishing… which honestly did not break my heart.

While I had good success during the 2016 Shad Run, it was a slow year. I did not manage to break twenty fish total and did not even hear a report of ten plus fish days, but that is just how it goes some years. El Nino gave us warmer than average temperatures for the early part of the run and high water for the later part of it. The fish were/ are there, but they are spread out. This was the first year I think I heard of people catching shad near SR 50 in January, and perhaps I should have taken the queue to move up river earlier. No regrets though, if anything, I can say I explored more places than ever in pursuit of shad and I now have some new spots to try during thicker runs.

For those of you still fishing the 2016 Shad Run, please feel free to reach out with reports! Also, if you are interested in contributing to this site, by all means let me know!